History of the Whole Earth Festival 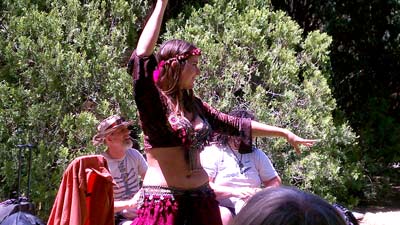 The Whole Earth Festival was created in 1969 when an art class taught by José Argüelles held an “Art Happening” on the UC-Davis campus. Students made use of art as a medium to engage with those who attended in an ‘educational process that dared to exceed the normal system of standardized tests and impersonal lectures’. Following the United Nations declaration of “Earth Day” circa 1970, the second “Art Happening” in 1971 was renamed “Whole Earth”. Later, the event was sponsored by the Associated Student’s Experimental College – a self-sustaining festival, the Whole Earth Festival has evolved for over five-decades, surviving and thriving to this day.

The mission of the Whole Earth Festival is to integrate education, music and art in a community-driven festival that educates and honors our inter-dependence with Mother Earth. Additionally, the festival offers yummy, nutritional meals prepared from organic produce to feed volunteers, staff and performers. The goal of the festival is to create a safe, educational and inspiring environment – not only for the three-day festival – but, to grow a conscious community that will spread and encourage the festival’s core values.

“ The festival’s aim is to create as little ‘waste’, as possible – and to ‘carpool’, as much as possible.” 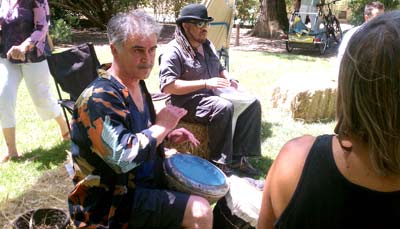 One of Argüelles’ New Earth visions was the construction and subsequent telepathic linking of thirteen dome eco-villages around the world . The purpose of the CREST 13 Project and that of the Galactic Research Institute (GRI) is to establish a telepathic network to anticipate the noosphere as a mutation of consciousness. – Foundation for the Law of Time – “Manifesto for the Noosphere: The Next Stage in the Evolution of Human Consciousness” by José Argüelles.

When this first stage is completed , the planetary engineering project will be composed of thirteen centers strategically located in both the Southern and Northern hemispheres (six in each half of the globe, the thirteenth near Mt. Kilimanjaro on the equator). Through a program that first trains researchers in the recognition of the natural mind, free of ego and all conceptualizations, the planetary engineering project then advances the trained mind to coordinated telepathic exercises with researchers in the other twelve centers.

We hope you’ve enjoyed learning about the history of The Whole Earth Festival. We invite you to explore our award-winning Event Domes when hosting your next festival.