Elevate had a beautifully illuminated Pacific Dome’s projection dome, which they used during the Summit Base camp event in Tahoe, CA. The Summit Series engages the world’s most dynamic dreamers and doers through events and initiatives designed to make the world a better place. Discovery sponsored the dome to create a 360 degree fully immersive cinematic and visual experience. The dome was lined with color changing LEDs outside and had an incredible projection inside. 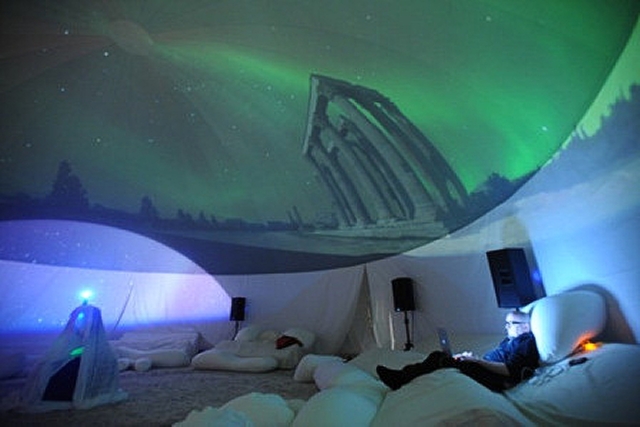