Sky1 TV – Got To Dance Domes
Skip to content 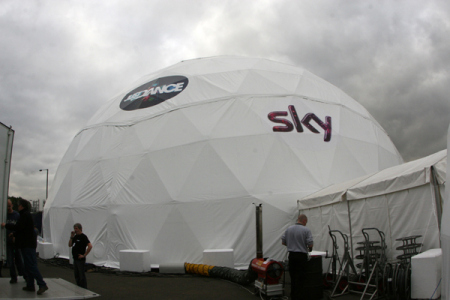 The UK’s most popular entertainment channel Sky1 is home to the exciting new dance competition program Got To Dance, presided by Davina McCall. Pacific Domes paired with Element Domes provided the “Sky Domes.”  This featured one of our largest most breathtaking domes, a 90ft and two connecting 36ft domes for the TV Studio space. The two smaller domes were used as rehearsal and holding areas for the dancers to relax before entering onto the main stage. The larger dome was used as the main studio, where live audiences were able to watch the auditions take place. 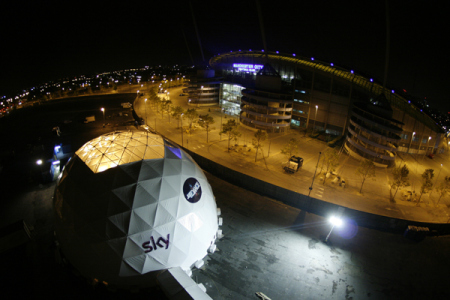 The first round of Got To Dance, known as “Dancing in the Street” auditions took place in Edinburgh’s Ocean Terminal, followed by Manchester’s City Football Club, and London’s O2 arena. The whole filming process took place over the month of October. 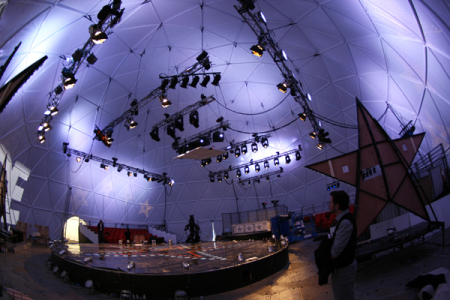 We were very pleased to provide our unique structures for Sky’s mobile TV Studio. Got to Dance is scheduled for broadcast in January 2010. Be sure to follow these talented dancers as they perform in this one of a kind, truly exceptional dome studio.