Ever since we partnered with the NASA sponsored HI-SEAS (Hawaii Space Exploration Analogue & Simulation) Mission Mars Dome Project in 2013, people have been asking us this question: Does Pacific Domes plan to put geodesic domes on Mars?  This futuristic question deserves an affirmative, YES!

Pacific Domes envisions humanity’s future extending to explore other planets, and that self-sustaining Mission Mars Dome Colonies will meet the challenges of living in space! In early 2018, we offered some valid reasons why domed cities are being investigated by forward-thinking scientists as suitable habitats for Mars colonies and beyond. We published a series of blogs entitled “Dome Cities: A Positive Timeline for Humanity’s Future.”

Geodesic Dome Background
A geodesic dome is constructed from triangles in varying geometric combinations called ‘frequencies.’  These triangles typically create a half-sphere and give the dome its unparalleled strength.

Geodesic domes are super-efficient in numerous ways. From their light eco-footprint and geodesic engineered strength, to their energy-savings and their and ability to withstand many climates and terrains, portable ecoliving domes are highly resistant to Nature’s extremes.

Additionally, a geodesic engineered dome structure is self-supporting and doesn’t require internal columns or load-bearing walls. Be sure to click on this link to see how portable, prefab geodesic dome building systems can be constructed easily and quickly with a couple of friends, DIY hand-tools and ladders: Dome Homes Brochure

Pacific Domes’ Brief Historical Journey
Buckminster Fuller’s geodesic dome architecture received a coveted award from the American Architectural Society for inventing the strongest structure known to man. Bucky’s designs soon became the inspiration for the dome building movement of the late 60’s and 70’s, and was embraced by America’s Back-to-the-Land Movement (circa mid-60’s).

Pacific High School in California’s Santa Cruz Mountains became a focus for a ‘dome building project’ to shelter 60 students and teachers in 1969. Visit their site here.

Looking back, one could say that Pacific High School was instrumental in midwifing Pacific Domes, an award-winning U.S. manufacturer in Ashland, Oregon.

By 1970, it was obvious that there was enough interest and information to compose a publication about ‘How to Build a Dome.’ The Whole Earth Catalog’s shelter editor, Lloyd Kahn, took on the mission of compiling Domebooks 1 and 2.

Some of Pacific High School’s student body had a hand in manifesting the Domebooks, and these hugely popular (now, classic) manuals quickly became the go-to templates for the burgeoning counter-culture. In 1973, ”Shelter” (aka “Domebook 3”), was a more inclusive ‘How to’ on hand-built housing, and contained a chapter on Dome Construction as well.

Futuristic 3-D ‘R’evolution of the Geodesic Dome
Now that we’ve traced Pacific Domes’ early beginnings back more than 50 years, how about if we jump forward to the future of our planet and prospects of space exploration. Stay tuned as we investigate the prospect of creating on-site 3-D printed domes.

Pacific Domes has gained a reputation and maintains a global presence in creating sustainable dome alt-shelters that are widely popular for off-grid ecoliving and eco-tourism. As a futuristic dome manufacturing company, we would love to be one of the first manufacturing companies to go to Mars… however, the cost of materials and transportation would not be practical and sustainable.

Going Even Greener with 3-D Printed Domes
It’s not breaking news that if we continue to build conventional homes at the rate we’re going, we’ll soon be running out of natural resources. 3-D printed dome homes would not only eliminate many constructions costs, but construction waste, as well.

There’s another Russian-born entrepreneur who’s already envisioning going to Mars. Driven by a desire to create affordable housing and automate everything for the reasons stated above, Nikita Chen-yun-tai dreams of being the first to start building on Mars, too.

Inventor of the mobile printer and founder of ‘Apis Cor’ company, Nikita Chen-yun-tai opened his first representative branch office in San Francisco in 2015. Then in 2017 Nikita demonstrated the building of the first 3-D printed home.

“What is construction 3D printing: perspectives and challenges.” – Speech for Top 50 Event by Nikita Chen-iun-tai, CEO of Apis Cor. 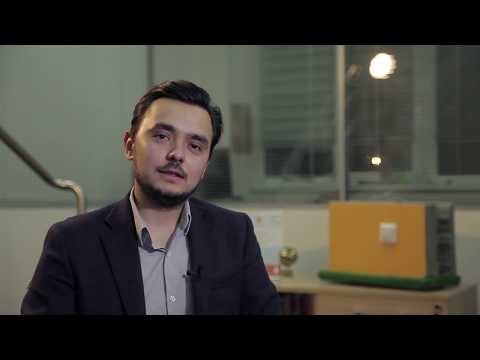