“You never change things by fighting the existing reality. To change something, build a new model that makes the existing model obsolete.” ― Buckminster Fuller

Forward thinking urban placemakers are re-discovering that our ancestors built round houses for good reason. A solution to the future of urban sprawl, Urban Dome Shelters have been found to be among the greenest and most energy efficient structures in the world, capable of withstanding nature’s extremes.

How to Heat Your Backyard Dome Home with a Wood Stove (1:57 minutes) 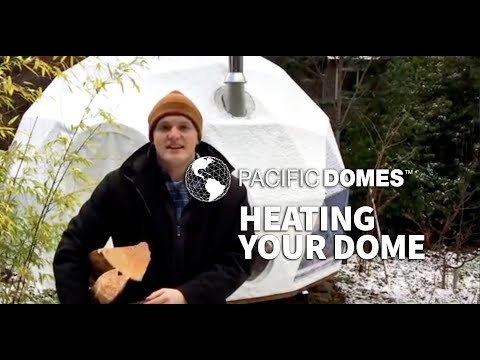 Father of the modern geodesic dome, ‘Bucky’ Fuller’s answer to building round, rather than conventional, structures was, “The only reason that houses have been rectangular all these years is that, that is all we could do with what we had. Now, with modern materials and technology, we can apply to houses the same efficiency of engineering that we apply to suspension bridges and airplanes… The whole thing is as modern as a streamlined plane.”

The American Institute of Architects calls the geodesic dome “the strongest, lightest and most efficient means of enclosing space known to man.”  Referencing this quote, along with a good set of engineering blueprints, is a convincing argument that might get your permits approved sooner.

‘Bucky’ Fuller also demonstrated the difference in strength between a rectangle and a triangle by applying pressure to both structures.  The triangle proved to be twice as strong and remained rigid while the unstable rectangle collapsed.

“There’s lots of fresh air; the ventilator, on top can induce a complete air change every 6 minutes. It’s strong, it can withstand winds up to hurricane force, and beyond up to 180 miles an hour.” ― Buckminster Fuller

Dome Home kits are prefabricated and go up quickly with simple ratcheting tools. The portable kits go up in just about any terrain, climate or condition. Considered temporary structures, domes can be relocated or retrofitted to create semi-permanent structures.