People have been searching for inner peace and happiness since time immemorial – it seems that the more technologically sophisticated we become, the more happiness eludes us. Amidst global chaos, a network of thriving, idealistic and spiritual communities is evolving a new template –  the ecovillage.

True visionaries, both past and present, have understood the harmonics of natural law. Forging ahead with a new vision for how we can responsibly walk in balance with natural law, idealistic, spiritually focused ecovillages have been pioneering new frontiers for decades.

“The spiritual happiness quotient isn’t just about religion – it’s about feeling true to you.”

As humanity begins to awaken to the inter-connectedness of all life, the development of ecovillages worldwide is linked by a common resolve to create a better life for us all. Many of us spend better than 25%, of our lives, working and commuting to less than fulfilling 9-5 jobs. In contrast, ecovillages have been blazing the trail – exploring our true potential nature and co-creating a sustainable life on our planetary home.

Biomimicry – the study of how Nature does it

The science of ‘Biomimicry’ is yet a more recent approach that seeks sustainable solutions to human challenges by emulating nature’s time-tested patterns and strategies. Biomimicry projects and ecovillages are evolving collectively together, solving humanity’s most pressing problems. 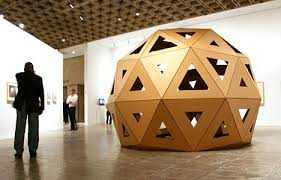 In 1954 the first prototype of the Geodesic dome house was first unveiled to the world at an international exhibition aimed to present the most innovative accomplishments in the fields of design, crafts, architecture and city planning.  ‘Bucky’ Fuller’s cardboard dome closely mimicked nature’s design as seen by the spider’s web, which can float in a hurricane because of its high strength-to-weight ratio.

The real impact of Fuller’s vision to serve humanity’s needs for shelter can still be found in his continued influence upon generations of designers, architects, scientists and artists working to create a more sustainable planet.  A major forward thrust for the development of Biomimicry projects is the emergence of increasingly unsustainable large and complex settlements. 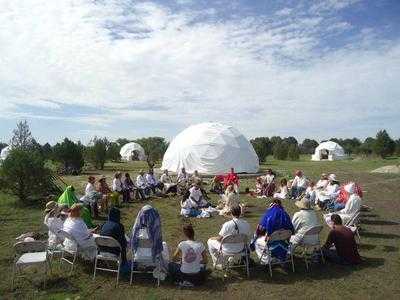 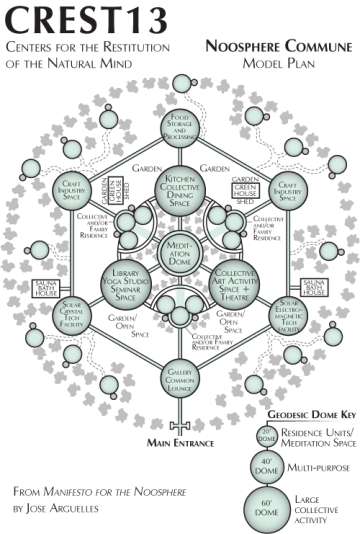 Crest 13 – a Model Ecovillage Blueprint
Imitating Nature’s blueprint, Crest 13 models an idealistic Community Plan, as an alternative to unsustainable development. The design and construction of each individual village recognizes the spiritual nature of all life as essential to the creation of globally connected communities – Centers for the Restitution of the Natural Mind. Jose Arguelles, best known as the initiator of the world famous Harmonic Convergence global peace meditation, The Whole Earth Festival and Earth Day, initiated the vision of CREST13: Centers for the Restitution, Investigation and Education of the Natural Mind in 2005.   Jose’s vision for New Earth Communities began with the construction of thirteen dome ecovillages strategically placed throughout the planet.  The aim of the CREST13 is to creatively explore principles of planetary engineering in the context of the biosphere-noosphere transition.

Dome Homes are Nature’s perfect structure and provide a unique environment for every use. The same subtle blueprint of creation found everywhere in Nature, is visible in  the many varied geometric patterns and frequencies of dome design and construction. 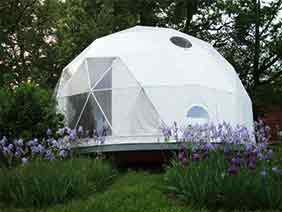 Fuller discovered that if a spherical structure was created from triangles, it would have unparalleled strength. The sphere uses the ‘doing more with less’ principle in that it encloses the largest volume of interior space with the least amount of surface area thus saving on materials and cost.  Fuller reintroduced the idea that when the sphere’s diameter is doubled it will quadruple its square footage and produce eight times the volume.

Geodesic shelters have been built all around the world in different climates and temperatures because of their inherent ability to withstand the forces of nature, such as high winds, temperatures and earthquakes.  So why aren’t we building more geodesic dome shelters?

The Geodesic dome house was the design genius of R. Buckminster Fuller, whose lifetime pursuit was to make the world work for 100% of humanity. The spherical structure of a dome home is one of the more ecofriendly interior atmospheres for human dwellings, permitting unobstructed air and energy to flow naturally. 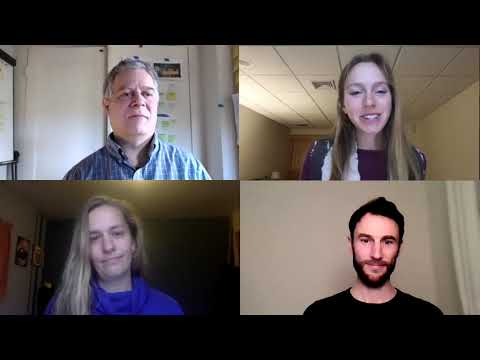