Prefab Dome Homes for Sale or Rent by Pacific Domes

“Due to its aerodynamic nature, geodesic domes can withstand hurricane-force winds better than other structures.” — Pacific Domes

Dome homes have proven to be the most aerodynamic, energy efficient shelter known to man. There are ongoing reports of the geodesic dome being the only building left standing in the aftermath of a tornado, hurricane or earthquake.

Why are geodesic dome homes so strong?  A geodesic-engineered dome house frame is formed by inter-connected triangles that allow it to remain rigid and stable when exposed to nature’s extremes.

When a dome’s diameter is doubled, it will quadruple its square footage to produce eight times its volume.  Geodesic domes enclose the largest volume of interior space with the least amount of surface area, thus saving on materials and cost. 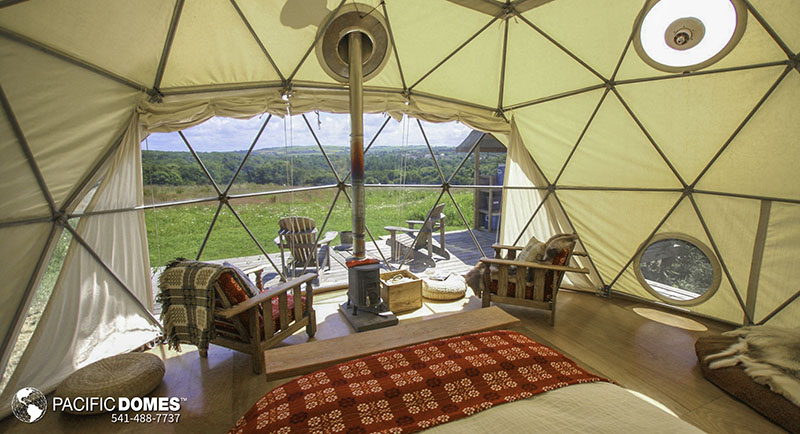 Why are Geodesic Houses Energy Efficient?

A dome home’s curved exterior surface forces air and wind up, over and around the structure.  Dome studies have established that a dome’s interior has a 30% heating and cooling energy efficiency.

The Sacred Geometry Behind a Dome’s Architecture

The sacred geometry behind the half-sphere design, traces its origins to ancient Vedic architecture.  This ancient science is called Vaastu.  A Vaastu inspired dome vibrates with cosmic energy and each dome frequency resonates with a distinct energetic quality.

Scientific research validates that a domes energetic qualities helps us integrate parts of our brain and attunes our bodily instruments to its resonance.  Living in a dome will generate a conscious field which supports one’s evolutionary journey. 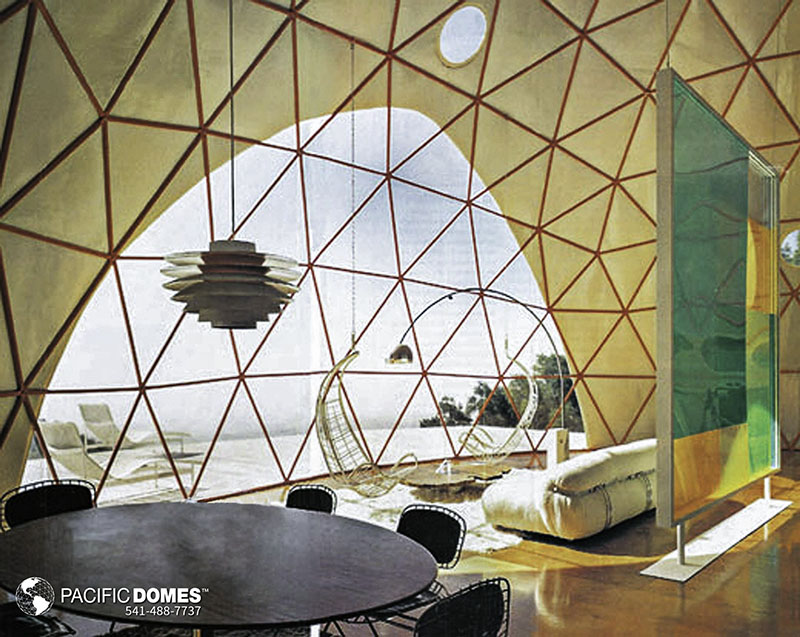 Is Climate Change a Threat?

Whether or not you believe that climate change is part of earth’s natural cycles or is a result of geo-engineering, there’s a general consensus that as climate change worsens, dangerous weather events are becoming more frequent and severe. 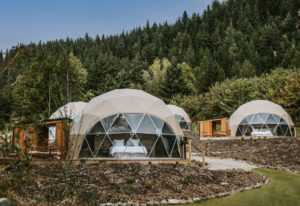 Combining the sacred geometry of R. Buckminster Fuller, Pacific Domes has been steering the future of geodesic domes since 1980 in Ashland, Oregon.

As one of the early pioneers, Pacific Domes Manufacturing has perfected the function and beauty of their free-standing dome home kits with little assembly time required.  Prefab geodesic dome home kits can be assembled in a few hours with help from friends.

Exploring Pacific Domes Knowledge Base is your first step towards discovering the features, benefits and uses of geodesic-engineered dome homes – the strongest, portable structure known to man.