Why Marine Ecosystem Restoration?
When our dying oceans go, planet Earth will no longer sustain biological life – or, for that matter, human life. According to data collected by an international team of reputable scientists, only 4% of Earth’s oceans remain undamaged by human activity. Commercial over-fishing, pollution, climate change and other human activities have taken a significant toll on the other 96% of our world’s oceans.

The midnight hour is fast approaching a critical tipping point − yet sustainable solutions exist, offering hope for Earth stewards to collaborate towards restoring Earth’s damaged waterways and fragile marine ecosystems. Marine ecosystem restoration requires big-picture thinking and outside-the-box innovation, as well as a call-to-action. Our Earth is a planet in crisis – we don’t have the luxury of waiting another decade to do something that really makes a difference.

“Between Cyberspace & Outerspace lies the possibility of settling the oceans.” ―Peter Thiel, PayPal co-founder & early investor in The Seasteading Institute (2009)

Why Floating Islands?
So, what makes floating islands so special? Whether large or small, wherever there’s land mass in the open ocean, ocean circulation patterns change, creating optimal conditions for sea life and other biological species to thrive.

Mother Nature has done a pretty good job birthing and midwifing islands and continents that support life and continually nourish and replenish Earth’s delicate ecosystem. We humans have done a pretty good job of messing up our home planet. Now our Earth Mother needs her children to rise to the occasion and clean up our mess – thereby circumventing a 7th mass extinction.

Here are 5 well-researched reasons why ‘Floating Islands’ (aka Seasteading) will facilitate with Marine Ecosystem Restoration: 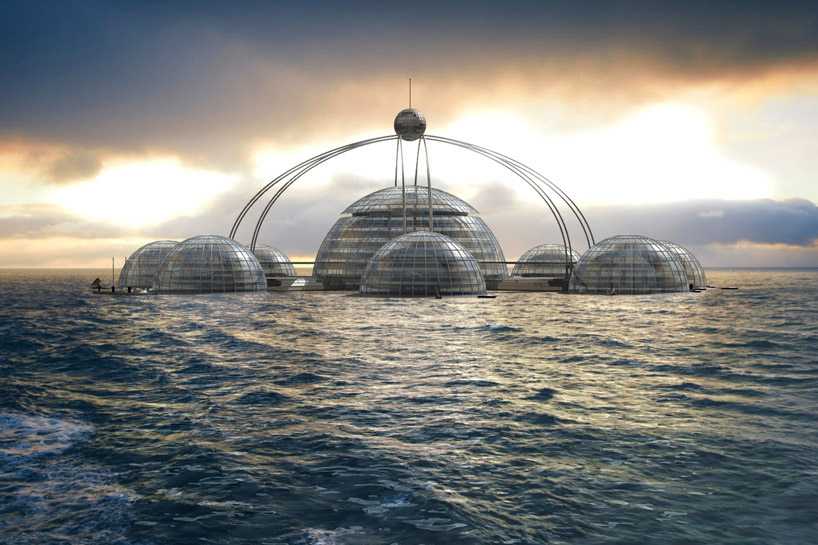 Seasteads could be an environmental godsend for our battered and abused oceans. From restoring coastal ‘dead zones’ to removing CO2 from the air using algae, Joe Quirk presents a talk on behalf of the Clean Tech Open at Autodesk (a company that builds software that helps people imagine, design & make a better world).

How Seasteading Will Restore the Environment (25:17 min.) 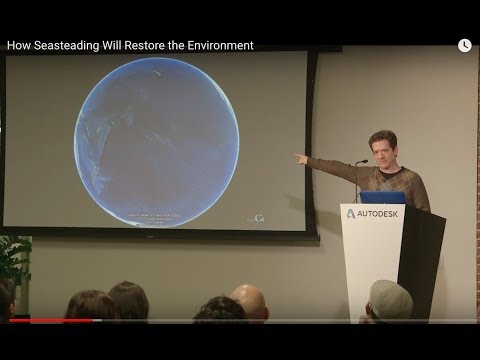 How to Restore the Ecosystem with Floating Island City Seavilizations
The Science & Technologies for Floating Dome Cities are here! Star Trek fans may recall the 4th movie, The Voyage Home, where ‘transparent aluminum’ was created and successfully applied. Transparent aluminum is made from a synthetic powdered clay that is vacuum pressed into transparent sheets and can be molded into any form, known as Spinel (magnesium aluminate & aluminum oxynitride).

According to Russian scientists at the Institute of Nuclear Physics and Engineering, they have successfully applied the method of spark-plasma sintering to create transparent aluminum. This is a new sintering process based on the modified method of heat pressing. In this case, electric current is passed directly through the mold and pressing billet, not through an external heater. Very rapid heating, for an extremely short work-cycle time, is achieved by the pulsed current.  (Credit: National Research Nuclear University, July 2017)

New Earth Science & Technologies
“The truth of our planet’s remarkable capacity to provide us with safe, abundant, and accessible resources has always been. However, it is NOW that humankind is actively seeking and engaging innovative solutions that marry the wisdom of the old with new technologies. As the illusion of scarcity unravels before our hearts, we are becoming increasingly aware of our abundant global and cosmological existence and unlimited power.

“Humanity is graduating into conscious sovereignty, claiming our right to a sustainable and abundant world. It is our present collective duty, as a species, to recognize and reclaim our planetary health, harmony, and vitality, engaging these breakthrough technologies with conscious business interfaces. 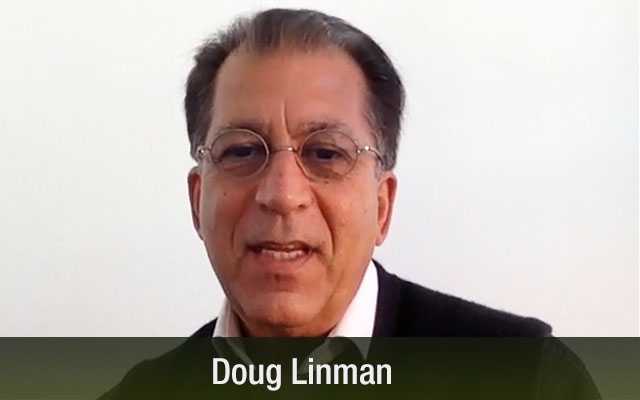 “We look forward to our production establishment efforts and our planned work around the world — first in sustainability communities, and also in E-Transportation. Our first clients will become our long-term customers time and time again, choosing us for all their renewable energy needs and our advanced innovations.” ―Dr. Doug Linman (MQ)/ (NEST)

Having met rigorous preparation deadlines to coat and test the ISS designed modules, a transport rocket was launched on December 6, 2015 to the ISS delivering station. MQ Corporation’s SLP was the first new renewable energy source chosen for this high demand level testing. The unprecedented tests performed by the onboard astronauts were historic, displaying somewhat higher levels of output in the infrared and gamma frequencies.” (Source: New Earth Media)