Pacific Domes is elated to have worked with The University of Southern California’s Beijing-based China Institute to jointly develop a new and innovative lighting stage. The Light Stage is a massive geodesic dome, laced with lights and cameras, designed with the capacity to translate human beings into a perfect 3D renderings. While not explicitly creating the future, this collaboration most certainly imagines it and makes it visible for audiences.

The end-purpose of this high-tech Light Stage structure is to replicate extremely specific lighting settings during film production using programmable technology. The USC custom dome provides the framework for practical lighting reproduction. Scenes that need to be added after production can be shot in the film set dome, using necessary lighting effects to re-create the same lighting as the rest of the footage for seamless post-production integration. USC has been building light stages since 2000, with the light stage created in China being the most recent rendition, further advancing the powerful intricacies of the lighting technology industry.

The ability to easily generate specific lighting custom designed to flawlessly match footage already in the can allows for greater power and flexibility for filmmakers to illustrate their stories. The accuracy of the light is the key factor in suspending the audience’s disbelief and keeping them informed and entertained with no awareness the additional scenes weren’t shot in alignment with the bulk of the footage.

When additional scenes for an actor are needed after the production, or if scenes can’t be recorded on set, the crew can replicate the exact lighting of the scene on set. The additional scenes are shot in the light stage dome using a High-Dynamic-Range Lighting (HDRL) environment, aka light probe, and a programmed light stage. The performance can then be composited into a computer generated scene, and the lighting will match perfectly and look seamless. Other useful capabilities for these visual effects are studio photography, designing consumer products, cosmetics and garments.

Lighting greatly influences how a subject appears in both a photometric and aesthetic sense.  When the subject is recorded in a studio and composited into a real or virtual environment, the lighting will either complement or detract from the scene.

USC’S INSTITUE FOR CREATIVE TECHNOLOGY PROJECTS INCLUDE THE NA’VI IN AVATAR
USC describes the Institute for creative technology (ICT) as “neutral ground for a marriage of Hollywood and high technology.” Its mission is to use new entertainment tools to build military training simulations, which could in turn help push film, television and video games forward into the future. Early versions of light stages were used to create the realistic light and seamless integration of the Na ‘Vi people into the background scenes in the movie Avatar.

You may already be familiar with the technology, even if the name doesn’t ring a bell. Light Stage’s lifelike body scans, for instance, have not only ended up in movies like Avatar and The Curious Case of Benjamin Button, they also were used in Spider-Man 2 and 3, King Kong and Hancock.  USC’s Paul Debevec helped the revolution with his Light Stage system.  It is almost impossible to tell the real from the fake, and there is no telling the stories that will be told in TV and film in the future. 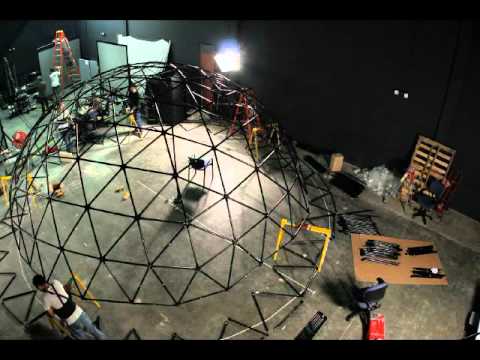