“The search for the ability to unplug in an age of hyper-distraction – and look inward – may be more important than ever.” ―  3 Roads CEO, Cynthia Scott

Gifted artist, Cynthia Scott’s “The Oracle – What is Moral Courage?”, an interactive art exhibit accompanied by intuitive Tarot interpretation, opened to the public on Friday, April 26th, 2019 at the Syria Arts Gallery – Georgetown, Washington DC. The 16’ geodesic dome art installation welcomed guests to actively participate with the artist in asking many of life’s burning questions, sharing personal stories of courage and inclusion – and, most importantly, listening within for guidance and meaning.

Within the  dome’s geodesic framework, Cynthia Scott created a sanctuary designed to awaken visitor’s senses and stimulate their minds. In keeping within the context of the time-honored Tarot, The Oracle’s triangular canvas panels formed a colorful network of mind-expanding neurons and dendrites merged brilliantly with hand-written notes – artifacts written by many hands in several languages – and, speaking to the universal language of the Heart. 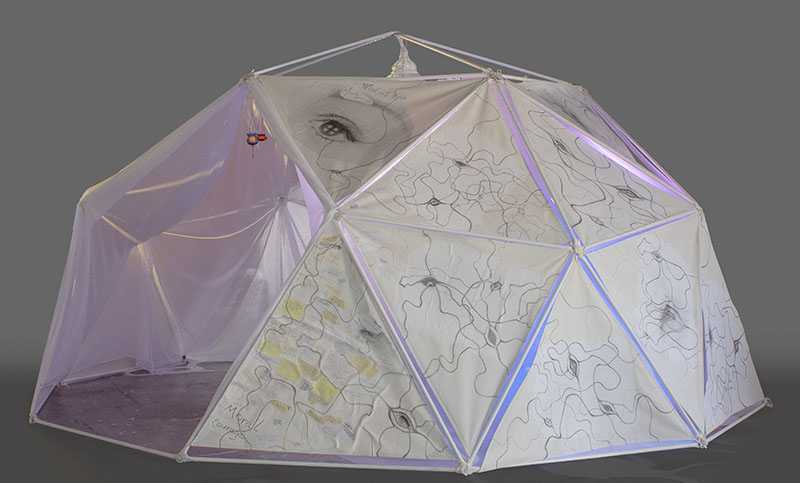 What is Interactive Artwork?

In interactive art, both the artist and the audience participate in the project’s completion. Within its pre-designed setting, viewers are no longer passive onlookers – they’re expected to take part in a non-scripted play within the arena of social interaction.

Interactive art has rapidly grown and evolved with the advent of new technologies. Virtual space now blends with elements of the real to go beyond the spectator, giving rise to large-scale art installations that have the capacity to positively impact how we perceive our world.

“The Oracle is an interactive installation – with a geodesic dome at its center – designed to inspire visitors to both savor the artistic interpretation of moral courage and inspire them to reveal their own stories.” ―  3 Roads CEO, Cynthia Scott

Cynthia Scott’s artistic inspiration for The Oracle – What is Moral Courage? – and use of the geodesic dome – was to honor three young heroes, who are modern-day illustrations of moral courage. In 2017, Taliesin Namkai-Meche, Ricky Best and Micah Fletcher valiantly intervened to save two young Muslim ladies from a murderous attack aboard a commuter train in Portland, Oregon. Two of the men lost their lives and one was badly injured.

Taliesin’s last words as he lay dying, were, “Tell everyone on the train that I love them.” Taliesin’s mother, Asha Deliverance, owner of Pacific Domes, believes in her heart, that her son’s brief mission on earth was to help heal the fracture caused by hatred and racial bigotry with love and compassion.

“ Taliesin grew up in the domes. The last time we were all together as a family was at Coachella 2017. Thank-you for holding the light. Everything we can do to inspire the world toward Love is worthy of being done.” ― Asha Deliverance, Pacific Domes.

What is Moral Courage?
“Moral courage is the highest expression of humanity.” ― Ralph Nadar

Moral courage entails strength of character and willingness to incur risk in order to act according to our highest moral principles and beliefs – it empowers us to stand up and defend our convictions.

Moral courage is essential to a happy life. Without the integrity that comes with moral courage, we are confined and shackled to our fears – that’s why it’s said, “that a coward dies a thousand deaths, a brave person, but one“. 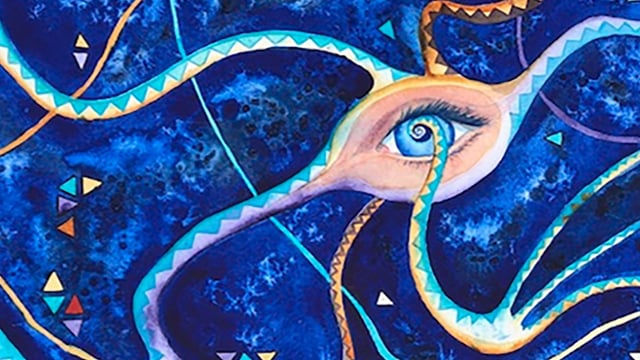