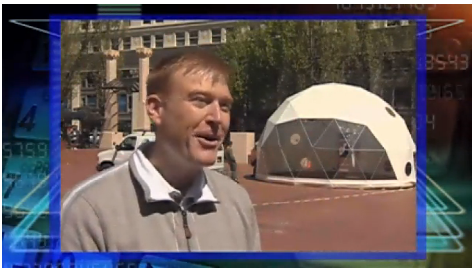 He’s now making his bed and he’ll lie it in for the next three nights under the 24-foot dome.

The room is a replica of the 84 renovated guest rooms at Riverplace to showcase their recent $2.5-million makeover.

The update comes just in time for the big summer tourist season.

The hotel is planning different events over the three days. Thursday, bright and early, a yoga instructor will stop by.

Kimpton Hotel based in Seattle, bought the property about a year ago. They also own the Vintage Plaza and the Monaco downtown.

“We figured Pioneer Square would be a great place to get the out-of-towners,” Kunzer said. “You get a lot of visitors to come check out Pioneer Square, so what good visibility out here.”