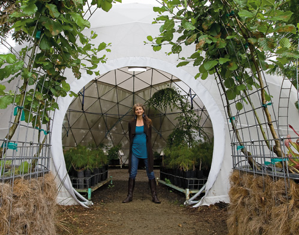 Pacific Domes of Oregon, builders of Geodesic Structures and Geodesic Domed Shelters for the Tiny House Movement, and anyone looking for Affordable Housing Alternatives in this modern age.

Asha Deliverance, founder of Pacific Domes, donated this 30′ geodesic dome to the city of Ashland, Oregon for use as a science teaching facility at Science Works Museum. Pacific Domes is the world’s leading maker of geodesic domes and has a Large Event Dome customer base including clients such as Nike, Disney, Canon, Pioneer and scores of Burning Man devotees. Deliverance regularly donates her domes, which cost as much as $300,000, for relief purposes to those in need in places like Haiti, Honduras and New Orleans. She also donated a dome to serve as the Goddess Temple at Jackson Wellsprings in Ashland. 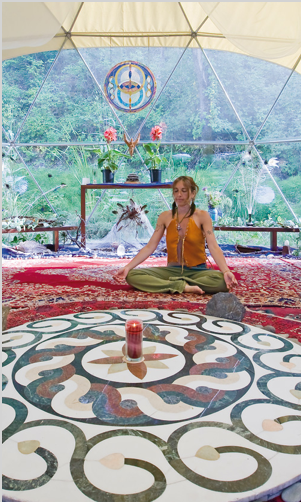