What is a Quantum Sound-Light Healing Dome?

The entire physical universe consists of vibrating sound and light frequencies.  In a Quantum Sound-Light Healing Dome, one naturally attunes to the harmonics of the Universe, encouraging deep relaxation, meditation and healing. 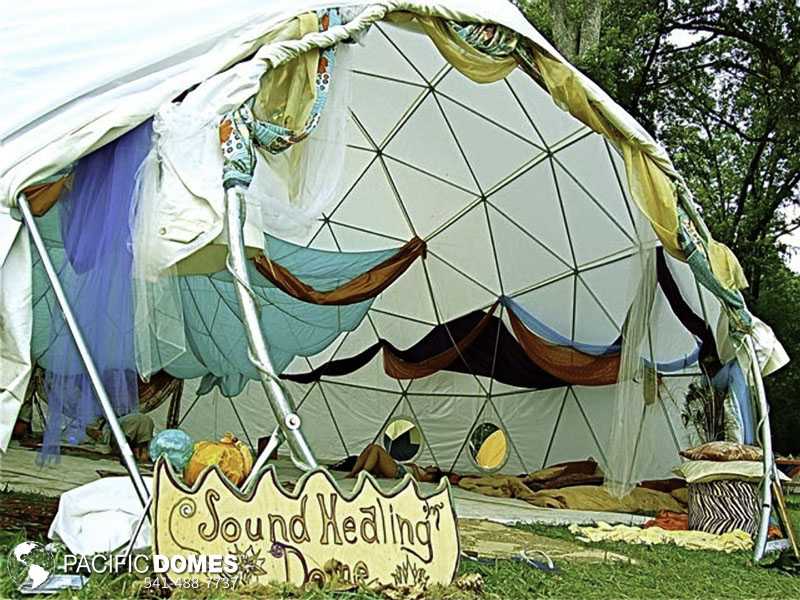 Pacific Domes Quantum Sound-Light Healing Domes vibrate in resonance with cosmic energy.  Vaastu principles of Sacred Geometry, are at the core of this philosophy.

The Science Behind Quantum Sound-Light Healing Domes
Thanks to modern research, we are rediscovering that the ancients were onto something when they used sound and light for healing.  Groundbreaking discoveries have been made in many fields of research that directly link environments to one’s overall health and well-being.

Data from a study of physics and molecular biology, demonstrates that human brain pattern frequencies shaped by harmonic architecture, are beneficially different when compared to detrimental inharmonic environments.

The Resonance Science Foundation, founded by Nassim Haramein, confirms the science behind geodesic dome architecture.  And, research by a team of architects and neuroscientists, verifies the environmental influence of shapes on humans; suggesting that geodesic domes may, indeed, have measurable effects in promoting positive mental states. This pdf file is available on to download here. 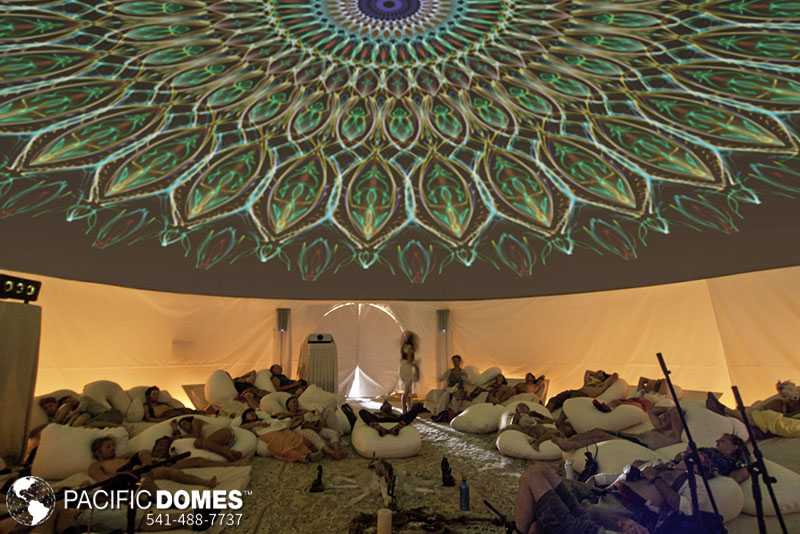 The future of vibrational medicine is here! Quantum Sound-Light Healing Domes have gained popularity among therapists, health practitioners and retreat centers for the many positive health benefits of this holistic approach. 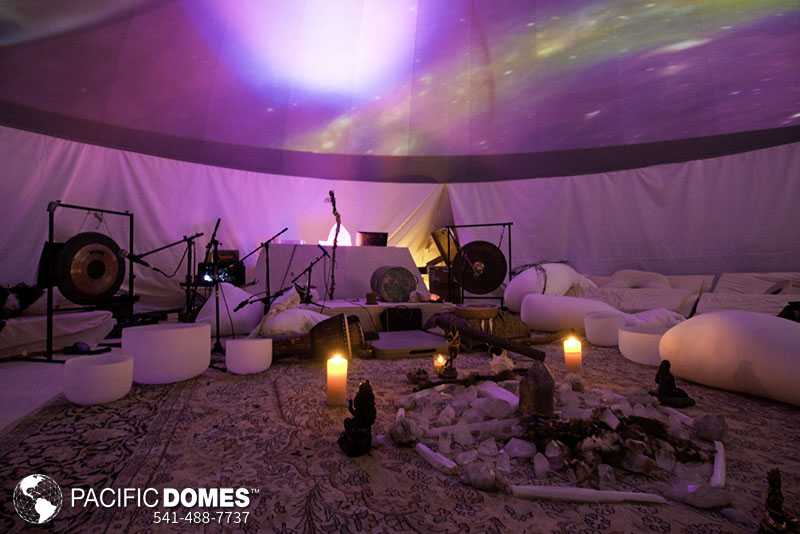 Transforming the world begins with healing ourselves.  The purpose of InnerSense, Inc. is to create an environment that allows you to access your own inner space; thereby, unlocking your true potential.

Benefits of Quantum Sound Light Healing Domes
One of the most significant benefits would be the ability to alter brainwave patterns in Quantum Sound-Light Healing Domes using Harmonic Resolution Therapy (InnerSense, Inc.).  However, the therapeutic benefits extend to the use of ultra-sound, a well-documented medical treatment for a variety of ailments; including, shrinking kidney stones and tumors, bone regeneration, liposuction, bacterial infections, teeth hygiene and much more.

Together, they have an entire team equipped with the technologies ready to create content for your entertainment, expanded states of awareness and healing.  Yes, there is a therapeutic home version, as well.

Experience the immersive Quantum Sound-Light Healing Dome for yourself and join the thousands of users who have transformed their lives.