What if you could harness the power of people’s sensory inputs and take them on an immersive, multi-sensory journey? Setting the stage for eclectic storytelling performances, the Los Angeles Center Studios Vortex Dome™ is an iconic theatrical projection mapping dome that has been doing just that since 2010.

Cultural Storytelling in a projection mapping dome isn’t something you can experience at home, or, for that matter, something that any flat surface display can deliver. Weaving the magic of storytelling onto the dome’s non-flat surface with awesome visual presentations, a 360° projection mapping dome shapes images that draw audiences from far and wide. 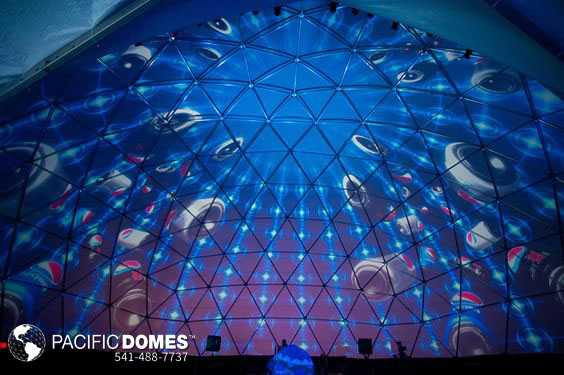 What if you are a cultural storyteller wanting to take your art to an entirely new level? Projection mapping dome theaters are the perfect venue to take audiences on your immersive and interactive journey.

In the immersive dome theater environment, you have the opportunity tell your story in a big way, inviting audience participation and empathy, influencing your audience to see things in new ways that build the collective dream for a better world. The Vortex Dome™, an outdoor event tent at Los Angeles Center Studios, sets the stage for many eclectic live musical productions. 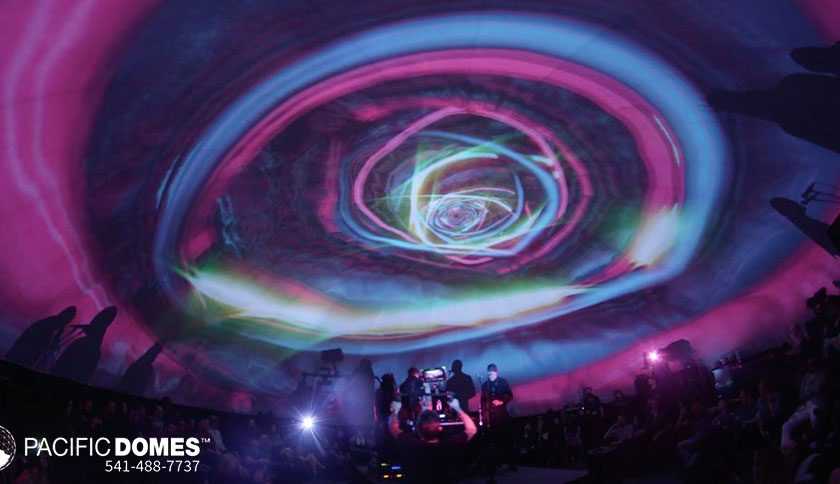 “It was a truly magical experience. As I entered the event tent that was serving as a stage for this marvelous performance, my eyes were immediately drawn upwards where I was greeted by a kaleidoscope of colors.”  — Aleta Arora 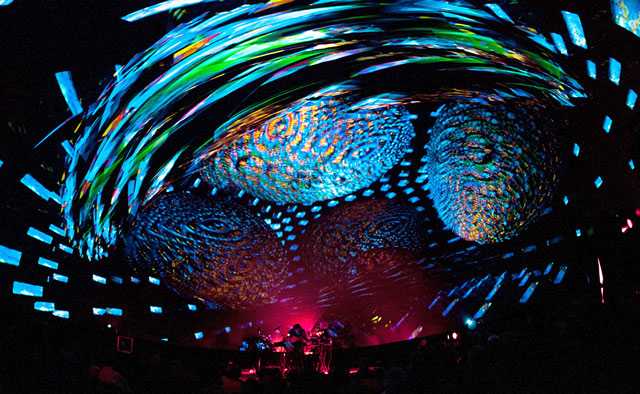 Visionary student of consciousness, Ed Lantz, President/CTO of Vortex Immersion Media, has realized a vision he received years ago. While still in his teens, Ed Lantz had a very clear vision of immersive dome spaces where performers were exploring the quantum ‘inner space movie,’ projecting their consciousness onto the dome, and transporting audiences into inner realms. While still in his youth, Lantz said he once had to choose between art and technology. Now, inside the dome, he’s doing both… “It’s a compelling experience,” he smiles. Visit their site. 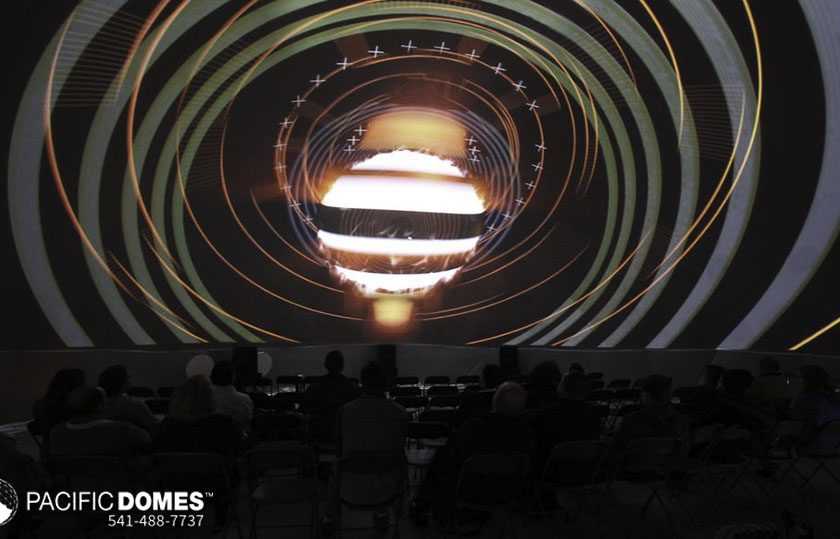 Pacific Domes, a leading US manufacturer of geo-engineered domes, in concert with multi-media partners Vortex Immersion Media and Obscura Digital, have been on the cutting edge of immersive dome environments, impacting the event industry for many decades. Together, they create multi-sensory immersive environments for interactive learning and entertainment experiences. 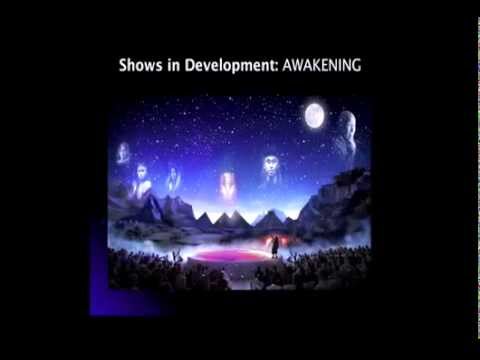 Award-winning Pacific Domes’ patented Full-Dome Projection Liner is specially designed to give everyone the best seat in the house! Team partners Vortex Immersion Media and Obscura Digital are leaders in High-tech entertainment, bringing themes & projections to life to wow audiences of all ages.