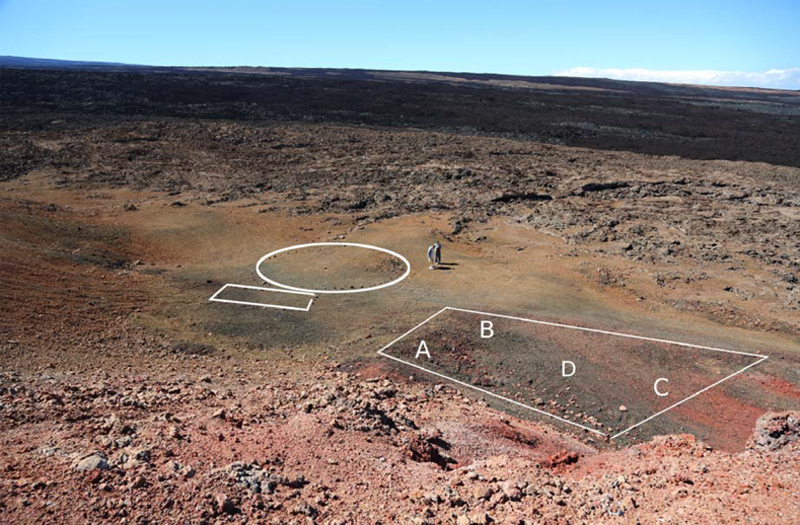 Pacific Domes of Oregon, the words leading Dome Home Manufacturer, teams up with NASA to build Geodesic Dome Houses for this Test Mission to Mars!

Nasa has chosen our Geodome Living Structures, or Geodesic Dome Style Housing as the ideal Dome House to test out the needs of the Astronauts and the challenges of living on Mars.

Teams of scientist in collaboration with the Pacific International Space Center for Exploration Systems (PISCES), seeks to build a temporary experimental site (with a dome) on Hawaii Island to see if they meet astronaut’s food needs during exploratory missions on Mars.

The Department of Information and Computer Sciences at the University of Hawaii at Manoa UHM), in collaboration with Cornell University and the Pacific International Space Center for Exploration Systems (PISCES), seeks to prepare and manage a temporary experimental site at the 8,000-foot elevation on Mauna Loa, on Hawaii Island. The site is on a cinder cone ridge surrounded by lava flows and closely resembles the surface of Mars. Experiments conducted over five years would utilize a small, portable “habitat” similar to one that might be constructed for Mars to focus on issues astronauts will experience as they explore the solar system. The central experiment will focus on food needs during long-term planetary exploration missions. The project will also partner with schools for student participation through internships, classes and outreach with K-12 students. The project would install the habitat within an area of about 0.5 acres of State land on a disturbed part of the former quarry in the Mauna Loa Forest Reserve. All wastewater and biological waste will be contained for regular servicing and removal. Power will be supplied by an ultra-quiet and efficient generator. The site contains little vegetation, no rare, threatened or endangered species, and no archaeological sites or cultural practices. In order to keep the site isolated, the quarry access road would be gated and locked at a point about 2,300 feet west of Mauna Loa Road during the five years of the experiment. After five years, the project would terminate, the habitat would be removed, and the site would be cleared of any debris or traces of the experiment.

Thanks from the Chief Technology Officer at Blue Planet

“First of all, I want to thank you for the outstanding service you have given us in putting this time sensitive project together. Without the help of partners like Pacific Domes, this project would not have been possible.” 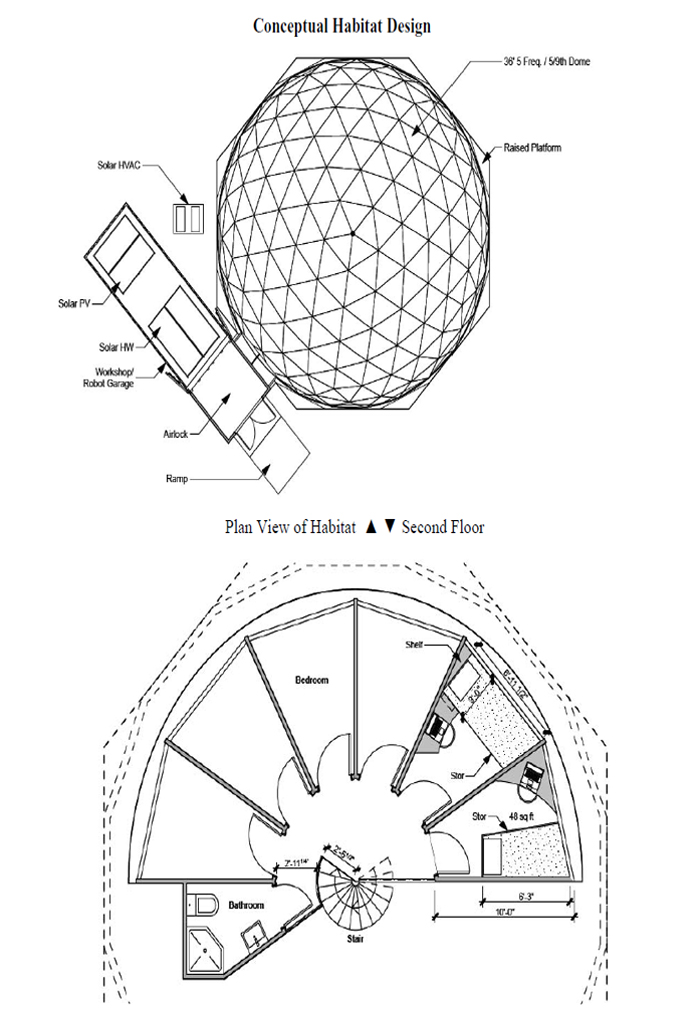 “It is always gratifying to find a company whose personnel are as good as its products, and the support that we have received so far from the whole team at P.D., has been nothing short of excellent.”

“Aside from the Mars Habitat project, we expect to buy at least two more domes this year. Once will be used for our camp at Burning Man, and the other will be used as a supplement for the Pisces/HI-­‐SEAS mission in the form of a robotic greenhouse. It will be located at our ranch, and will be controlled remotely from the Mars habitat on Maun Loa 45 miles away over the Internet. Eventually, we would like to see a series of domes connected to form a compound much like the International Space Station, or how we see the future astronauts colonizing Mars.”

“Our main business is promoting the use and growth of renewable energy, however, there is no better advertisement than a customer who truly believes in the quality of a product and the company behind it. Blue Planet Foundation just had it its annual board of directors meeting here at the ranch, and got to see the design of the Mars Habitat Simulation using Pacific Domes’ products. They were quite impressed!”

“Again, I would like to thank everyone at Pacific Domes for their outstanding support, with special thanks to Kelli and Tom. We look forward to having a long collaboration on many projects to come.”

The project beings April 15th. Starting in May we will post one blog a month with updates and images on the progress of the experiment. Keep visiting PacificDomes.com for more information.