T-Mobile, Inc. partnered with the NBA once again to make All-Star 2011 a fantastic event in Los Angeles at the Los Angeles Convention Center. They sponsored various activities one of which was the 2011 NBA All-Star Jam Session. It ran Feb. 17-21 and showcased an innovative Pacific Dome’s dome with a Chicago Bull image on it. Exclusive video content, NBA statistics and live social media updates from Twitter and Facebook were projected onto the walls of the dome, which created a unique environment to capture the speed of 4G for NBA fans. Attendees were able to record a video for the TNT “Ask Charles” segment, check out Dwyane Wade’s myTouch 4G, video chat with friends, compete in a number of games and “step up to 4G” on the T-Mobile basketball half court. 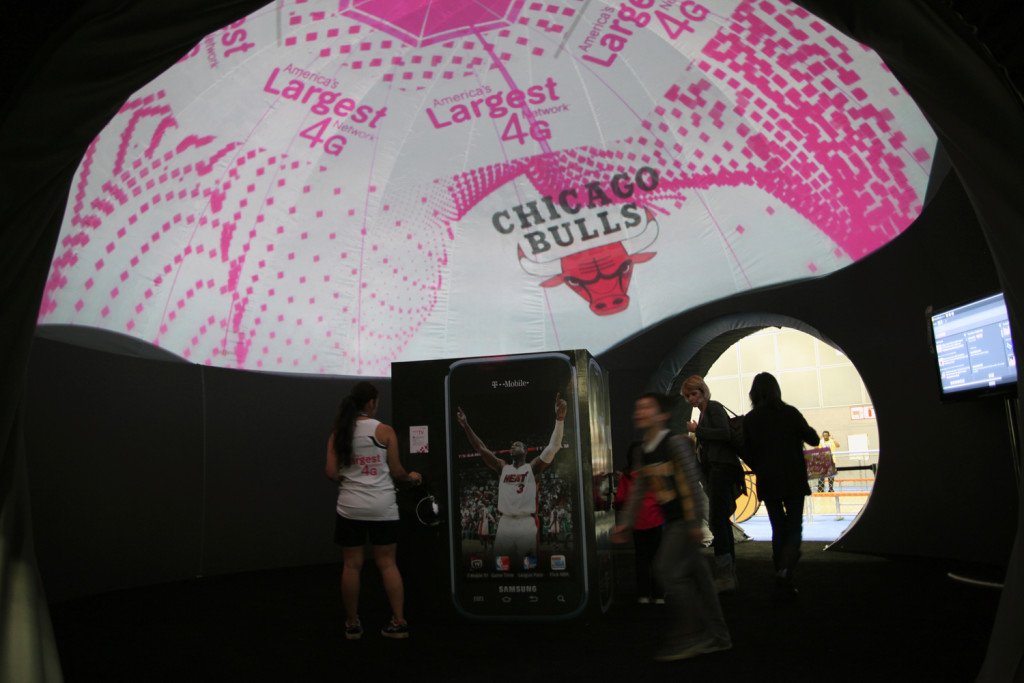