Pacific Domes of Oregon is thrilled to have a long-standing relationship with the National Football League, erecting Geodesic Domes for Superbowls and All-star Games, leading the way for the Sporting Event Marketing industry. Partnering with Pepsi Cola Inc., we wowed the crowd with a stunning Projection Dome marketing display that was visible from miles around.

In celebration of Super Bowl 50, we are reflecting on the years of fun we have had at these monumental celebrations. Pacific Domes first attended the Super Bowl XLII at the University of Arizona in 2008. We brought four 36’ domes which provided customized environments for various kinds of entertainment.

In 2013 we partnered with Vortex Immersion and Xbox Kinect to provide New Orleanians and Super Bowl enthusiasts with a specialized immersive experience. Two projection domes [a 50’ and a 24’] were erected right along the Mississippi river in front of the Audubon Aquarium. Both domes showcased Vortex Immersions interactive fulldome projection mapping; guests lined up for hours to have the chance to play and engage with the Kinect motion tracking technology. 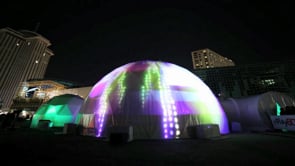 Our most grand Super Bowl project was for the 2014 Super Bowl XLVIII in Bryant Park, New York City. We partnered with InVNT and made a custom 80’ geodesic amphitheater that hosted a plethora of celebrations and performances from folks like Constantine Maroulis, Ziggy Marley, Prince Royce and many more.

This weekend in San Francisco the Levi’s stadium will be hosting the much anticipated Super Bowl 50. The Denver Broncos and Carolina Panthers will go head to head and fans will eagerly watch the game of a lifetime. 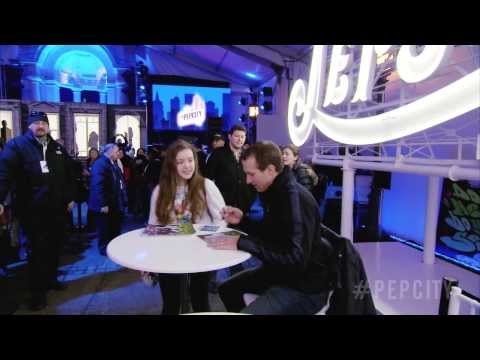