VR technology along with consumer demand has been advancing at warp speed, propelling immersive VR platforms into the hearts and minds of the masses; yet, the same VR technology that allows us to communicate, can also come between us. A recent study by Oxford University revealed that while 70 percent of Millennials in the U.S. seek experiences that stimulate their senses, more than half admitted that they felt increasingly disconnected from their physical world. 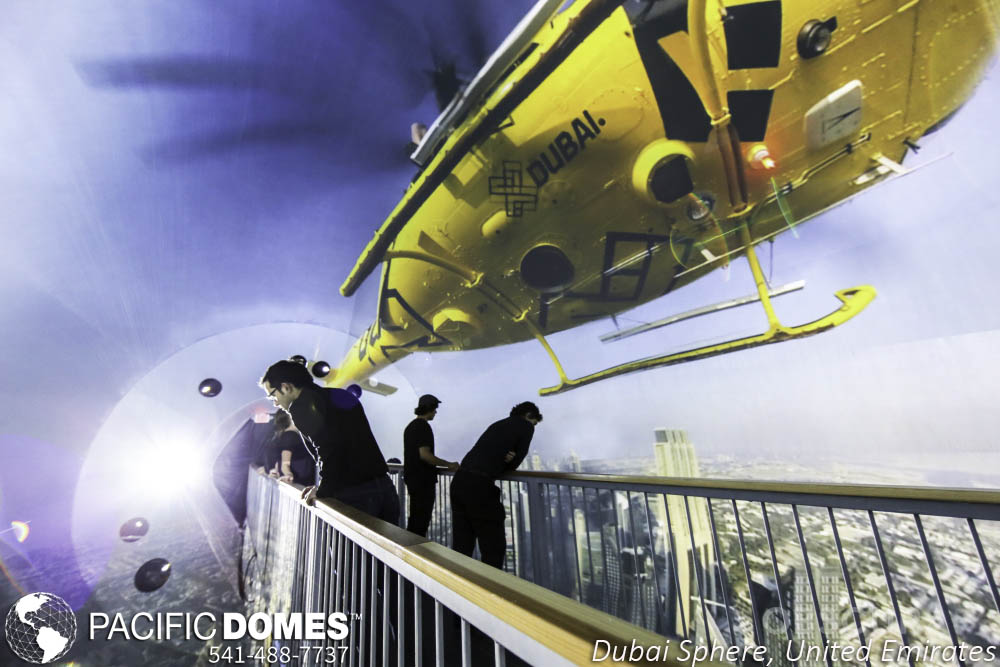 Previous studies, in support of large scale immersive VR Dome environments, determined, “that the fully immersive system induced the highest sense of presence, while the HMD system elicited the highest amount of simulator sickness.” These studies may provide the key to why prolonged use of head mounted display (HMD) systems cause the highest amount of simulator sickness… as biological humans, we cannot escape our inherent ‘entanglement’ with Nature!

VR head mounted device (HMD) applications are usually intended for single users, while the open space of the immersive VR dome environment provides an ideal venue for shared human interactions in a dynamic group platform. Our view of the world is constrained by our biology; however, immersive VR environments can positively alter perception by marrying our biology with our technology, taking us deeper into unexplored inner realms of human consciousness.

The magic of the visionary perspective is that when enough people are inspired to influence positive social outcomes, we can responsibly elevate world views above outworn paradigms that don’t seem to be working. Maximizing the creative talents of *prosumers working in various immersive VR augmented platforms is having positive effects in altering perceptions of reality with stimulating and thought provoking imagery that progressively invites human interaction.

As virtual reality technologies begin to merge more and more with aspects of our everyday lives, we might ask ourselves if this VR technology will empower us to assume accountable roles in positive social activism. HMDs and immersive VR dome environments have a common stake as change agents in collectively creating a world that we will all want to reside in.

Pioneering companies like Obscura Digital, Vortex Immersion Media and Immersive Experiential have been creating and utilizing state of the art surround technology, providing a platform for brighter imagined realities and inviting us to explore ‘inner worlds’. A 360° projection dome with moving, voice responsive projection is an ideal venue to experience the full power of immersive VR in transformative ways.

*A prosumer is a person who consumes and produces media. It is derived from “prosumption”, a dot-com era business term meaning “production by consumers”.