A Tradition of Organic Greenhouse Growing at Pacific Domes

We at Pacific Domes attribute our success to the large community of greenhouse dome enthusiasts that have sparked our design concepts and fueled our company culture during the past 35 plus years. You’ve asked if it’s possible, and we’ve responded with “Sky’s the Limit!”

The tradition of support for sustainable and organic growing methods at Pacific Domes traces its roots to what some old-timers claim is the true birthplace of the Organic Movement at UC Santa Cruz (UCSC). Prior to founding Pacific Domes in 1980, Asha Deliverance, a young, bright-eyed teenage student, landed at UCSC’s Student Farm and Garden Project, just as the back-to-the-land grass roots movement was taking flight.

Having arrived at the campus on the heels of California’s Flower Power a couple of years earlier, the Divinely inspired Garden Project founders, Dr. Paul Lee (visionary of the Garden Project & Recruiter of Souls) and Alan Chadwick (renowned horticulturist & Gardener of Souls), found themselves at the leading edge of this monumental time in the history of the Organic Agriculture Movement.

Recently, Asha was asked to recall some of her memories at the UCSC Farm and Garden Project and how her earlier training had led to conceptualizing and manufacturing greenhouse domes.

Asha is proud to have been a student of the Biodynamic French Intensive Method as developed and taught by Alan Chadwick. Some 50 Years later the humble 4-acre garden project is a respected academic program that has evolved into the Center for Agroecology and Sustainable Food Systems. 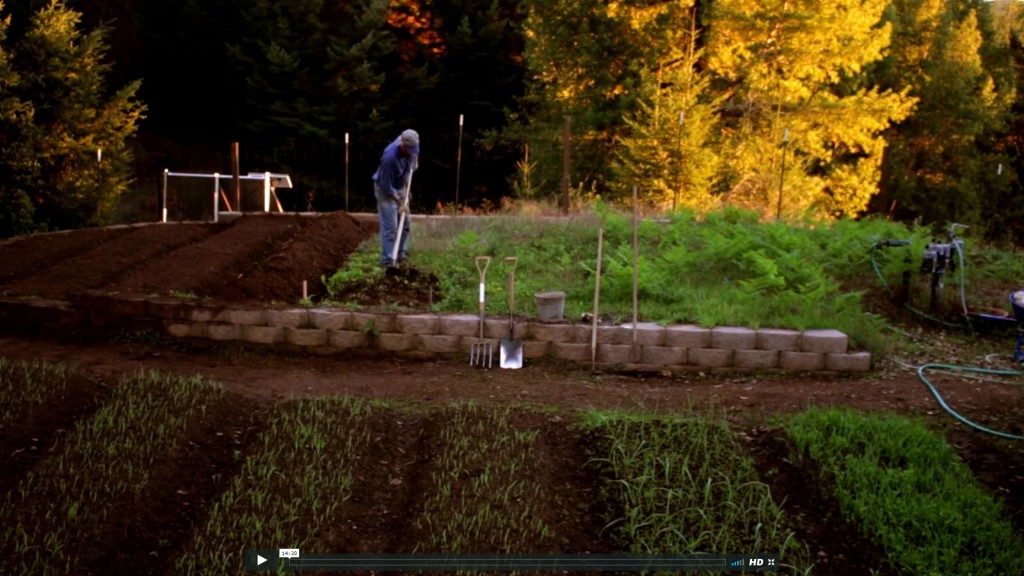 The first in a new video series on the basic techniques of the ‘Biodynamic French Intensive Method’ as developed by Alan Chadwick. The video demonstrates the cultivation methods used to build raised bed gardens, including: double-digging, tilling, shaping the beds and a brief discussion of the intensive plant spacing techniques that Mr. Chadwick taught.

Regarded by his disciples as the greatest horticulturist of the 20th Century, the magic of the Alan Chadwick Garden continues to draw visitors from all over the world. Of course, the now-famous Alan Chadwick Garden, would never have come into being without the commitment, collaborative efforts and hard work of the students at the UCSC Farm & Garden Project. To learn more about Alan Chadwick’s Biodynamic French Intensive Method,

Interview with Asha Deliverance, Founder of Pacific Domes, and devoted advocate for the UCSC Organic Farming Movement, the leader in organic agriculture cultivation

The farm was born out of the Garden project with Alan Chandwick’s passion to see a complete biodynamic operating farm. At the Farm, I learned the Biodynamic French Intensive Method as developed and taught by Alan Chadwick. There were 15 of us, I wasn’t a student there, but Alan let me stay because he liked my work.

Our arrangement with the university was that we could sell or trade any of the produce that we grew. We mainly ate out of the garden, but on occasion we would trade fruit or other produce in exchange for other goods we needed. What was so cool was that we never paid for anything; all of our needs were negotiated using a trade-barter system.

I was at the Farm for four years and learned how to make tipis; we even made tipis for the staff to live in. My son, Christopher, was born in a tipi. We left shortly after Chris was born (circa 1972) and went back to Tucson, where I started an alfalfa sprout business out of my kitchen, which grew into 40 employees after a year in a much larger building. Unicorn Village Sprouts was successful and sold a few years later to a California-based company. 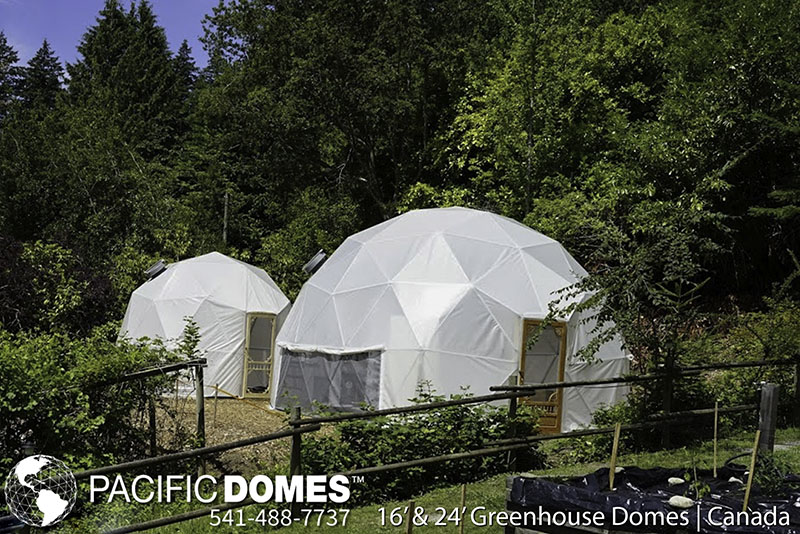 The Pacific Domes family has been inspired and supportive of the work of Mycologist, Paul Stamets, founder of Fungi Perfecti, for championing the cause of “Mycofiltration” and “Mycoremediation“. We wish to help spread Dr. Stamets work through our various Biosphere and BioDome earth-based science projects, as we move into the exciting Golden Age of Geodesic Domes for Biosphere living.

I moved to Ashland in 1980, and began making domes for the local back-to-land communities. Oregon had a thriving communal spirit that suited my dreams and visions. Besides making domes, I also served as the country midwife, and later founded a midwifery school.

The UCSC Farm, established in 1971 on 17 acres on the lower campus, has become part of the unstoppable organic agriculture movement in California.

Another of Dr. Paul Lee’s crowning achievements is ‘The Homeless Garden Project’, established in 1990, which serves as a role model and prototype for communities everywhere.

There Is a Garden in the Mind, a memoir of Alan Chadwick and the Organic Movement in California is Paul A. Lee’s newest book published by North Atlantic Press. It is available at North Atlantic Books, Amazon, Barnes and Nobles and at your local book store.