Among the most influential American designers of the mid-20th Century, husband and wife team Charles and Ray Eames — shared with their contemporaries — a vision of life made better through design and technology.

During the course of their illustrious careers, the Eameses collaborated with other visionaries to produce a vast array of pioneering and influential projects, from architecture to interior, furniture and product design, from photography and film, to ground-breaking multi-media installations and exhibitions.

One of the most significant of these collaborations was with George Nelson, the celebrated architect and furniture designer, and Pacific Domes’ favorite visionary — Buckminster Fuller. The ground-breaking project was the American National Exhibition staged in Moscow for the 1959 U.S.S.R. – U.S.A. exchange in Sokolniki Park. At a pivotal time during the cold war, the exhibition was the first cultural exchange between the two nations since the Russian Revolution. President Eisenhower’s instruction for the exhibition was to “open the door of the Iron Curtain a crack.”

George Nelson designed the master scheme as well as most of the individual elements for the exhibition. Central to the scheme, he commissioned the Eameses to produce a film on “a day in the life of the United States,” which would introduce the exhibition to all visitors. The Eames Office created the seminal seven-screen film entitled “Glimpses of the U.S.A.” 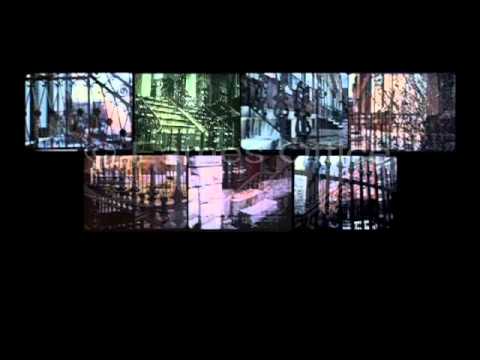 The seven 20′ x 30′ screens were the focal point within the 250′ geodesic dome designed by Buckminster Fuller. The exhibition was a monumental success. Over six weeks, more than three million Soviets caught a glimpse of mid-century American life.

Upon first viewing the imposing geodesic dome, Soviet Prime Minister Nikita Khrushchev said, ”this dome is very interesting, very good, worth copying many times over in the Soviet Union,” suggesting Mr. Fuller “should come here to lecture our engineers on his invention.” The US State Department responded swiftly, flying Buckminster Fuller to Moscow, where he gave a series of lectures on design and engineering within his geodesic dome.

If you’re also a fan of the enduring principles of modernism, there are three exhibitions currently showcasing the varied works of these iconic American design visionaries.

The World of Charles and Ray Eames – opening this Saturday, October 13th and showing until February 17, 2019.

“Through multi-media installations, films, rare prototypes, photography, furniture, toys, products, as well as personal letters, drawings, and artwork, discover the story of the Eameses from a fresh perspective. Explore the breadth of their work across many fields in this interactive exhibition that brings their ideas and playful spirit to life.”

The World of Charles and Ray Eames is curated and organized by Barbican, London, and produced in collaboration with the Eames Office.

If you’re in Los Angeles before November 3rd,  2018, make time to see an elegantly curated exhibition of some of Buckminster Fuller’s visionary works.

“Fuller’s most well-known and influential designs, which he called “artifacts,” will feature in the exhibition in the form of drawings from his “inventions portfolio” – 60 portfolios with 12 limited-edition prints in each – and maquettes.”

The two hundred–plus works in this exhibition are organized into three themes — the American home, child’s play and corporate approaches.” The exhibition features work by George Nelson and The Eames Office.